From Mischys Awesome Wiki
Revision as of 21:54, 7 June 2019 by Mischy (talk | contribs) (Created page with "It is best to work using sound Cues, instead of loading sound files directly in a sound library. ((Although it's possible to do that.)) ==Impact Sound Cues== Sound cues for...")
(diff) ← Older revision | Latest revision (diff) | Newer revision → (diff)
Jump to navigation Jump to search

It is best to work using sound Cues, instead of loading sound files directly in a sound library. ((Although it's possible to do that.))

Sound cues for impact sounds are easy to design. Here is the most basic setup. 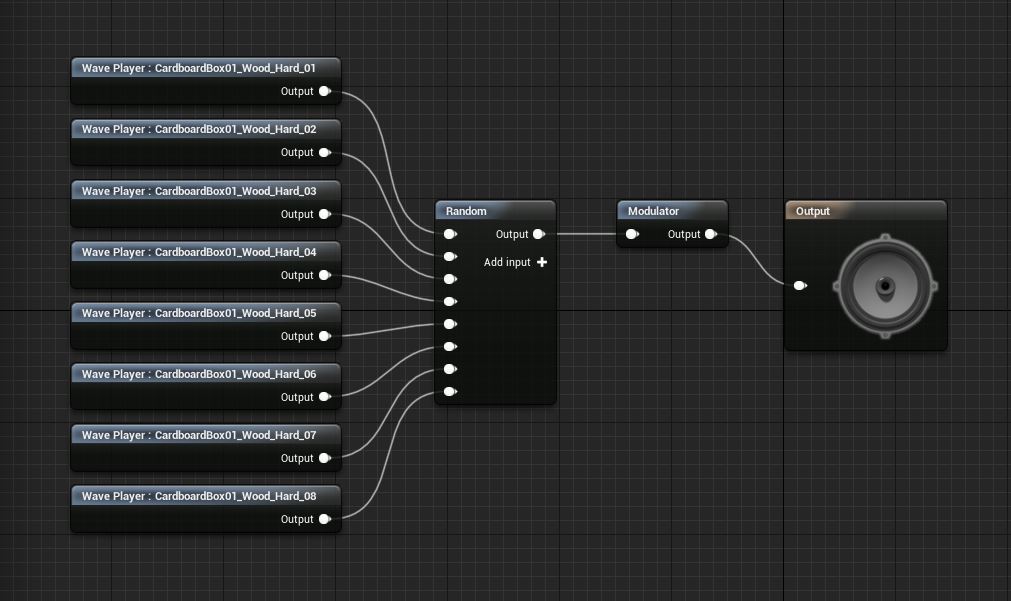 There are no real specifics about impact sound cues. A randomizer and a modulator for a bit of extra variance is all that's needed.

More complicated setups aren't prohibited. An Impact Sound Cue is simply played once on every impact. A sound cue for a car for example could be made to mix several random pools of sounds with various weights. But that's entirely up to one's discretion.

These, however are a bit more specific to MNSI. 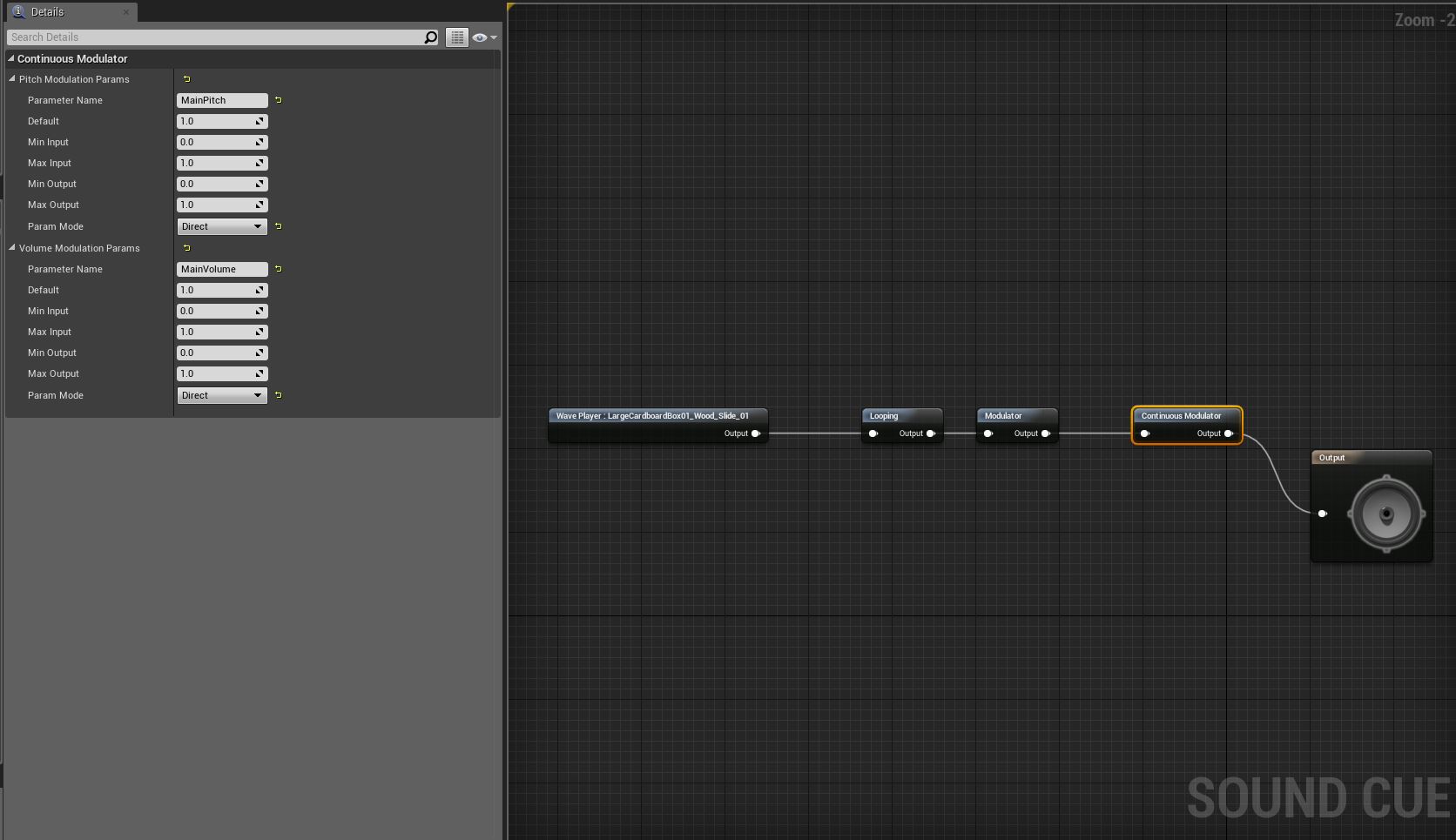 Notice the Continuous Modulator. It is important for rolling and friction sound cues to have a Continuous Modulator with the proper parameter names. If this is missing, they will play at full volume and default pitch regardless of speed and pitch settings in the MNSI plugin.

And in the most basic setup, the Param Mode for each should be set to Direct.

Direct means that whatever value MNSI pushes to the continous modulator, that's the value it will use to modulate its sound branch.

Things become interesting upon the realisation that multiple Continous Modulators can be chained. One with a Direct Param Mode, and others with wither Normal or Absolute.

Then it is perfectly possible to make a sound cue for a car wheel play random sounds of gravel at normal pitch and volume regardless of speed, while the whising and rolling sound of the wheel will get modulated by pitch and volume.

Here is an example of this feature used to its potential.

This is the roll audio cue for a train wheel.

Notice that there are two audio branches. One is the default, a continuous modulator set to Direct mode that modulates the sound of metal rolling on rail, this branch will have its pitch and ovlume freely modulated by the MNSI settings in the wheel's blueprint.

But. The secondary branch that plays random sounds for rail joints, won't have its pitch modulated. Rail joint sounds don't sound good at different pitches so they can be set to remain mostly the same regardless of speed. Here's how the second branch's continuous modulator settings look like. 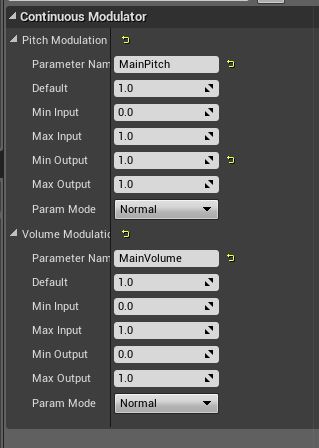 Notice the Pitch modulation settings. Min and Max output are set to 1. This effectively disabled pitch modulation as regardless of the value passed down from MNSI, it will get remapped between Min and Max, which are both 1.

This important control allows for great diversity in rolling and friction sounds.